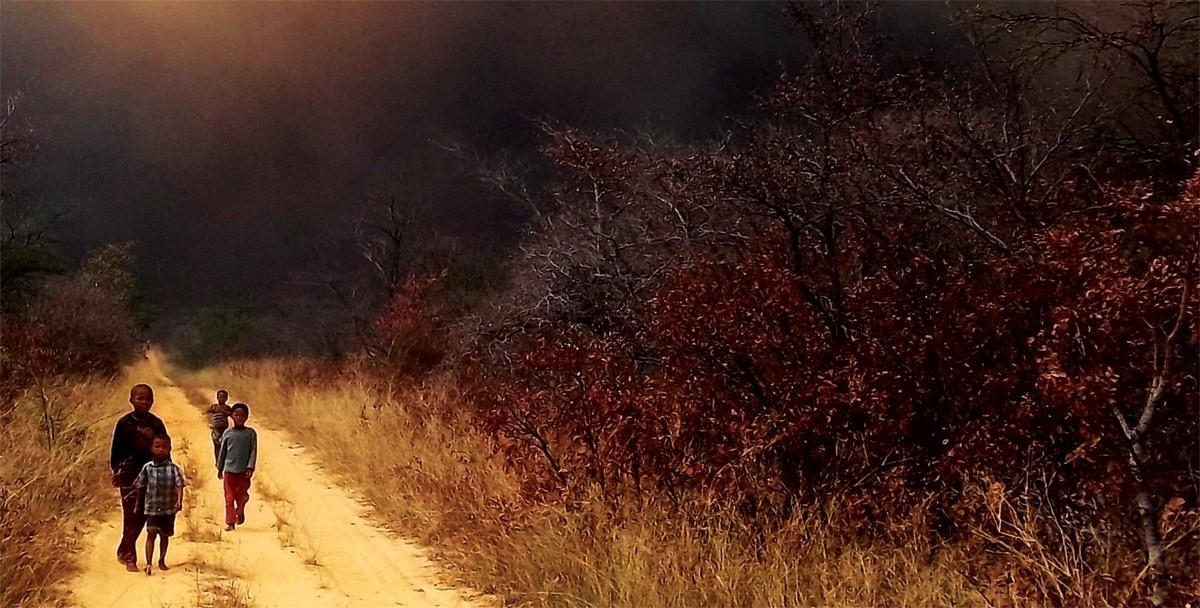 Over the last five years the Nyae Nyae Conservancy and Community Forest has actively managed and recorded fire in their area. They took this step as a result of discovering that fire was causing more damage to the environment than over-grazing. Fire was found to be having a major impact and in 2010 50% on the  8,992km² area was devastated and burnt. They realised it wasn’t a once-off, but part of a worrying trend threatening livelihoods, lives and wildlife.

The current fires in Australia are a stark reminder of the damage that fires can cause and the danger of uncontrolled hot fires. As climate change takes a hold across the globe, events that used to be rare, now become an annual or seasonal occurrence.

In recent years, the Nyae Nyae Conservancy has received professional help in mapping areas that are at most risk of fires and burning. The map below shows how an area around each village is marked and where there are red or orange pixels within the demarcated village area, these are prioritised for fuel reduction burning. This controlled burning is carried out to reduce the chances of hotter fires later in the season destroying villages, precious forestry resources and wildlife. This map is produced in the month of May each year and varies according to rain and fires in the previous season, it is an essential tool that helps focus fuel reduction burning activities. 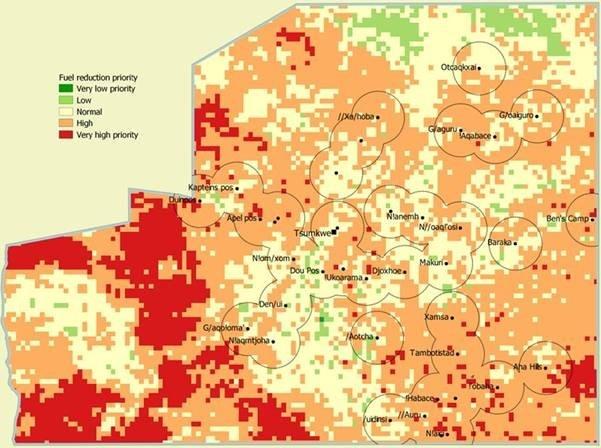 The level with which fires can be predicted in relation to the mapping and whether and where they occur has been proved to be very effective. The map below shows blue areas indicating fires that were part of a fuel reduction exercise and pink areas indicating later season fires. The areas in blue as intentionally started fires in areas that are high or very high risk, but the pink areas show a high correlation with the predicted areas of high risk. 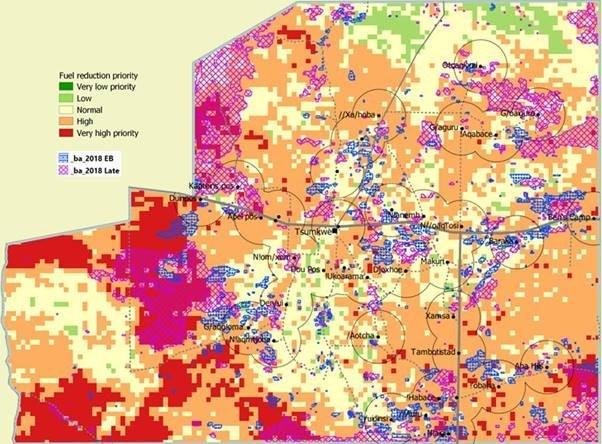 In Nyae Nyae, 2019 was a perceived as relatively ‘light’ year in terms of fires due to the lack of rain and therefore reduced growth of fuel for fires. However the end of 2019 brought much needed and wanted rains in this area and with the rainfall already being experienced in January  will likely lead to 2020 being a year of high fuel growth and consequently a year with increased fuel reduction burning activities.

This allows the Nyae Nyae Conservancy and Community Forest to prepare and plan for a month of fuel reduction burning in June 2020 and then focus these activities in the high priority areas that will be identified and mapped in May 2020.

The fire work in 2020 is being funded by EIF. These activities not only protect villages and saves their precious resources, but builds on the longitudinal data for this area and enables valuable lessons to be learnt and replicated in other areas where fires are a threat.

By accepting you will be accessing a service provided by a third-party external to https://www.nndfn.org/